Desert Modernism is a style that capitalizes on sunny skies and warm climates of southern California and American Southwest. And, since the 1920’s, modernist architects inspired a design aesthetic that embraced the desert environment with the theory that form follows function. While there are great examples of Desert Modernism throughout southern California. The largest and best-preserved examples of this style are in Palm Springs California. In fact, it is what makes Palm Springs so special. Modernism is not just an architectural style, its an evolution in design. The modernist style perfectly suits the elegantly informal but adventurous desert lifestyle of Palm Springs. 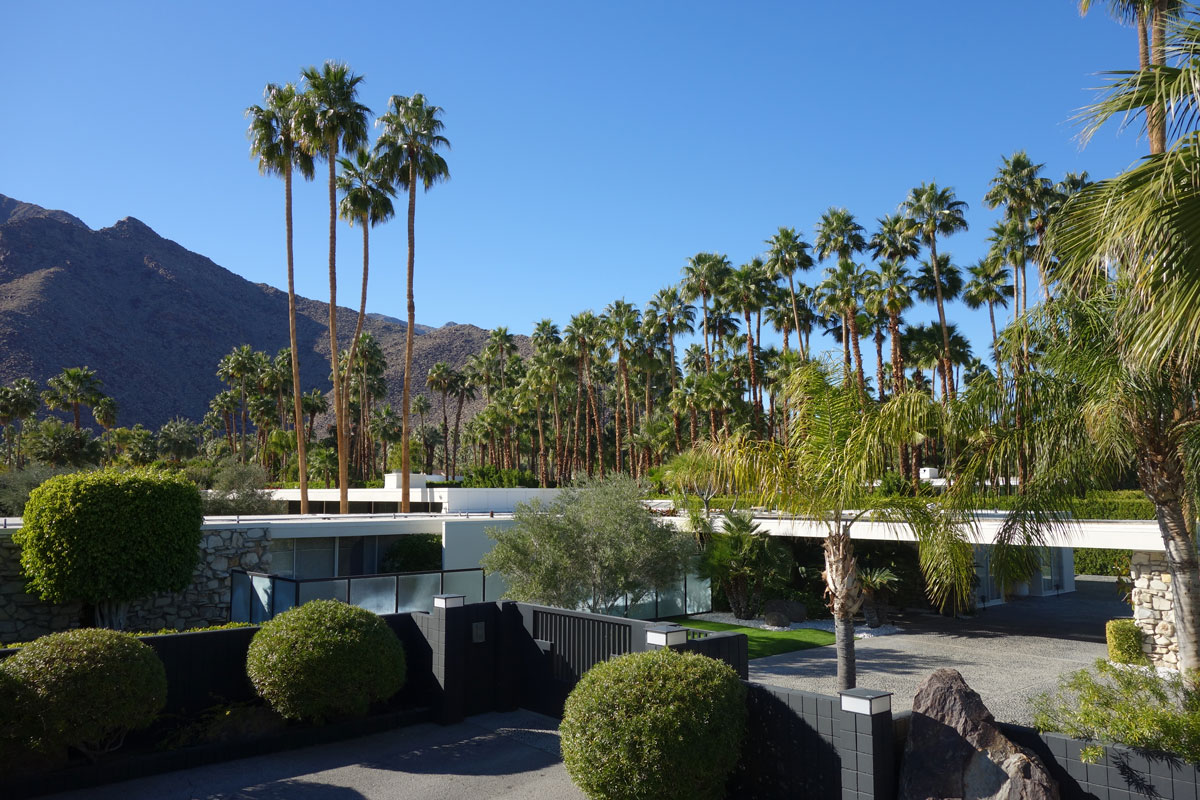 Beginning in the 1920s, Palm Springs became a magnet for architects who, influenced by the European Bauhaus movement, helped develop a style known as Desert Modernism. From dramatic roof lines with wide overhangs and expansive glass walls and windows, architects adapted ideas from the Bauhaus movement to the warm climate and arid terrain of Palm Springs California. Palm Springs was the ideal place to design houses with expansive glass walls and windows, open floor plans and dramatic rooflines. Which are some of the key features of the Desert Modernism style. From the iconic A-Frame houses to Elvis’s Honeymoon Hideaway, Desert Modernism is rooted in the Bauhaus movement. The sun, the pure air, and the simple forms of the desert create perfect conditions for architecture. 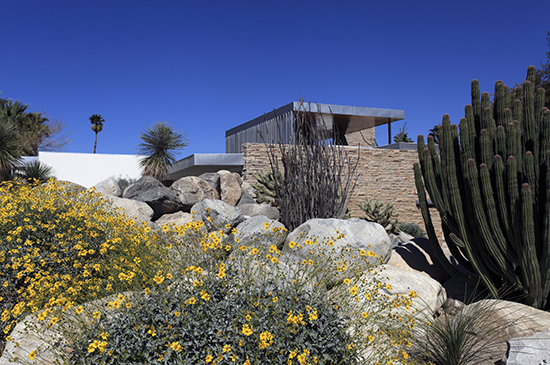 The Kaufmann House, a 1946 glass, steel and stone landmark built on the edge of this desert town, was designed by Richard Neutra as a vacation home for a family looking to escape brutal winters. This home represents one of the most important examples of International style architecture, with its skeletal steel frames and open plans

A connection to the desert landscape…

Designed to emphasize connection to the desert landscape. It also offered shelter from harsh climatic conditions. Constructed as a series of horizontal planes that seem to float over glass walls. The house seems to absorb the mood of the surrounding desert. The Kaufmann Desert Home blurs the distinction between inside and outside to an unusual degree. It is not so much a home with an indoors and an outdoors, but rather a setting with transitions. Transitions in which the architect honed both nature as well as the functional aspects of living. 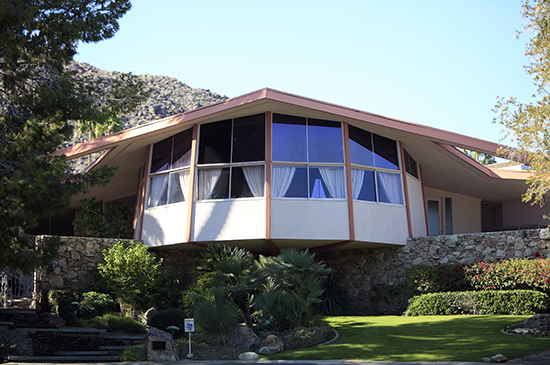 (AKA The House of Tomorrow)

Built by Robert Alexander for his wife in the early 1960s, the Honeymoon Hideaway is one of the most iconic modern residences in Palm Springs. In fact, both the house as well as the Alexanders achieved a level of national celebrity when an eight-page article featuring the house appeared in Look Magazine.

Designed in four perfect circles, on three separate levels. It creates unique spaces like an octagonal master bedroom and circular open fireplace in the center of the circular living room. Nestled at the base of the San Jacinto Mountains, the master suite offers panoramic views of the Santa Rosa Mountains and the Coachella Valley. It is said to be one of the most outstanding homes in the world. It features art deco design and furnishings throughout the spacious living room, dining room, den, kitchen, and honeymoon master suite. 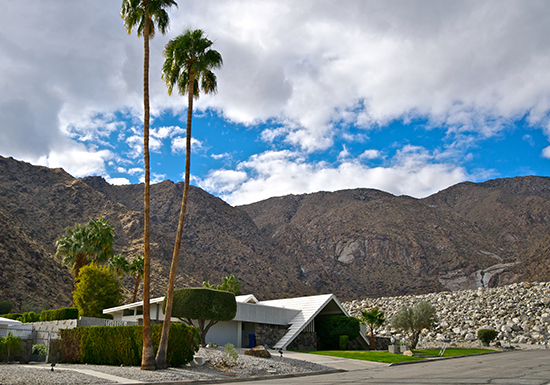 With a triangular A-frame front, similar to that of a Swiss ski chalet. Swiss Miss houses designed by Charles Dubois have unusual fronts that span two-stories tall. They are nothing like any other house in their neighborhood, Vista Las Palmas. This mix of designs created one of the most varied, yet cohesive neighborhoods in Palm Springs. Making it a stop on many architectural tours of the area.

Houses with a quirky allure…

"Vince D’Angerio of Town Real Estate is the most amazing realtor I’ve ever known. He is committed to service, communication, integrity, and... continued"
- Katherine D of New York
View All

As top producing REALTORS, we have been exceeding client expectations for over 10 years. Our attention to detail and work ethic will work in your favor as you navigate the Greater Palm Springs and San Jose/Bay Area buyer and seller markets. We are here to help with all of your real estate needs, representing both buyers and sellers. To tour homes in Palm Springs, Coachella Valley, or San Jose and the Bay Area, please contact us.